The company Post Presentations is the brainchild of creative entrepreneur Monique Post. Realising how much progress in autism awareness was still needed to combat incorrect assumptions held by professionals, people on the spectrum as well as their families, she decided there was need for urgent action.

Monique is a talented young woman who, after searching for a number of years, finally received her diagnosis of Aspergers in 2008. Her autism is an important factor that she incorporates in her life as a creative entrepreneur.

Monique grew up on the international campus of Atlantic College in St.Donats on the South Wales coast, UK. The arts have been an integral part of her life since early childhood due to her father being the Head of Art and an artist. 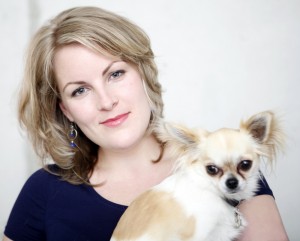 The campus and grounds are situated around a medieval castle overlooking the Bristol Channel. It was in this inspiring international, multicultural environment that Monique spent her youth. This is where she lived and studied until she was eighteen and was awarded the International Baccalaureate diploma.

She subsequently moved, after a gap year in the documentary filmmaking studio Axell Communications in Belgium, to the Netherlands to study at the St.Joost College of Art in Breda. After a very demanding period but having obtained her foundation course diploma, she transferred to the HKU University of the Arts in Utrecht where she studied Theatre Design.

She was awarded her Bachelor of Arts degree with Honours in 2009 and has been an independent entrepreneur ever since.

As far back as she can remember Monique felt that she was different to everyone around her. It is only during her period of study in the Netherlands that she embarked on a journey of wanting to find the source of her feeling different. She will never forget the brilliant moment in 2008 when she was given the diagnosis of Asperger. “What a relief. Finally I knew the reason for my feeling so different and could now explore taking future steps in developing my self-awareness.”

In her lectures Monique conveys in an inspiring manner what it is like for a person with autism to survive in today’s world. In particular what you can achieve despite having a diagnosis of autism, about using the opportunities you encounter and about alternative ways of thinking.

She has given well attended lectures for professionals, people on the spectrum, parents and students, in Holland, Belgium and Great Britain.

Dr.Leo Kannerhuis treatment division, Holland: Speaking with a group of adults with an autism diagnosis exploring ways of seeing the positive sides of your personal variant of autism.

Amarant Group Study Day, Holland: working with people with autism and a mental handicap/low IQ. Giving an insight into autism, delay not defect, difficulties with visual/touch/sound stimulus processing. Consultation on the work spaces and how they can be improved for the clients

InService in Belgium: a two day autism congress for professionals and families

She has recently been invited to Latvia by the Head of the Latvian Autism Association to speak with professionals, parents and people on the spectrum. 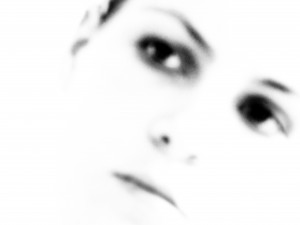 She has worked for Leo Kannerhuis Holland since early 2013 as Chair of the Board of Experience.

Leo Kannerhuis Nederland is a partnership between GGZ (health) institutions that offer specialised treatments to clients with autism in varied locations throughout The Netherlands.
There is an increasing need for specialised autism assistance throughout Holland and this initiative was set-up to ensure clients receive the same excellent quality of healthcare wherever they may live.
Leo Kannerhuis sees the need to have people with autism, working within the world of autism, involved on a management level. This resulted in the setting up of the innovative Board of Experience concept.

Much of the work has been consulting on the new E-Health treatment programme that is to be implemented in 2015. This includes the development of an Applied Game section for youth with autism between the ages of 15 and 19 years.

Since the end of 2013, Monique has also been working as an autism consultant for the Dutch Ministry of Health project V.A.B (‘Looking From Within Autism’).

She is responsible for the selection of ambassadors with autism who work within the project and continues to ensure a good working relationship between all parties. Her role also encompasses being Chair of the Board of Experience, of which all ambassadors are members.

Her work has enabled her to prove how essential it is for government to actually work in partnership with people on the spectrum in a formal setting.